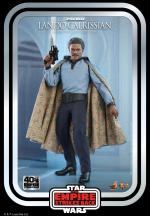 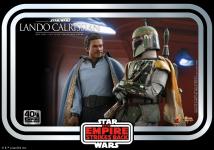 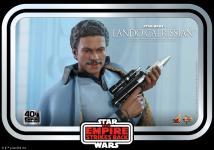 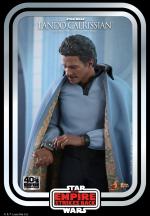 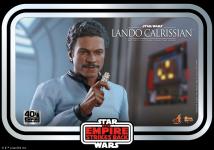 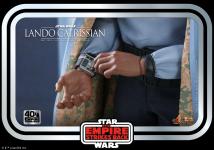 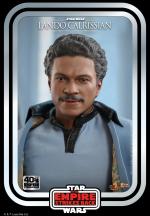 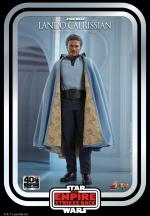 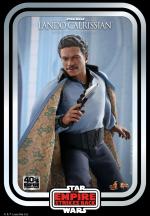 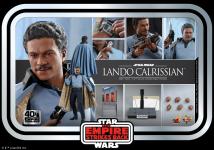 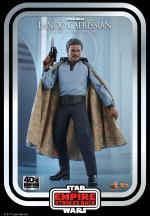 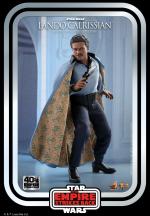 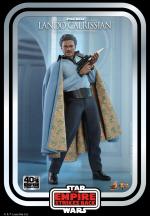 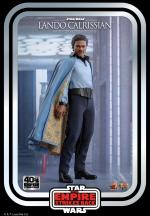 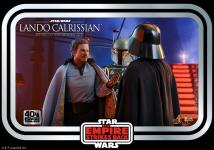 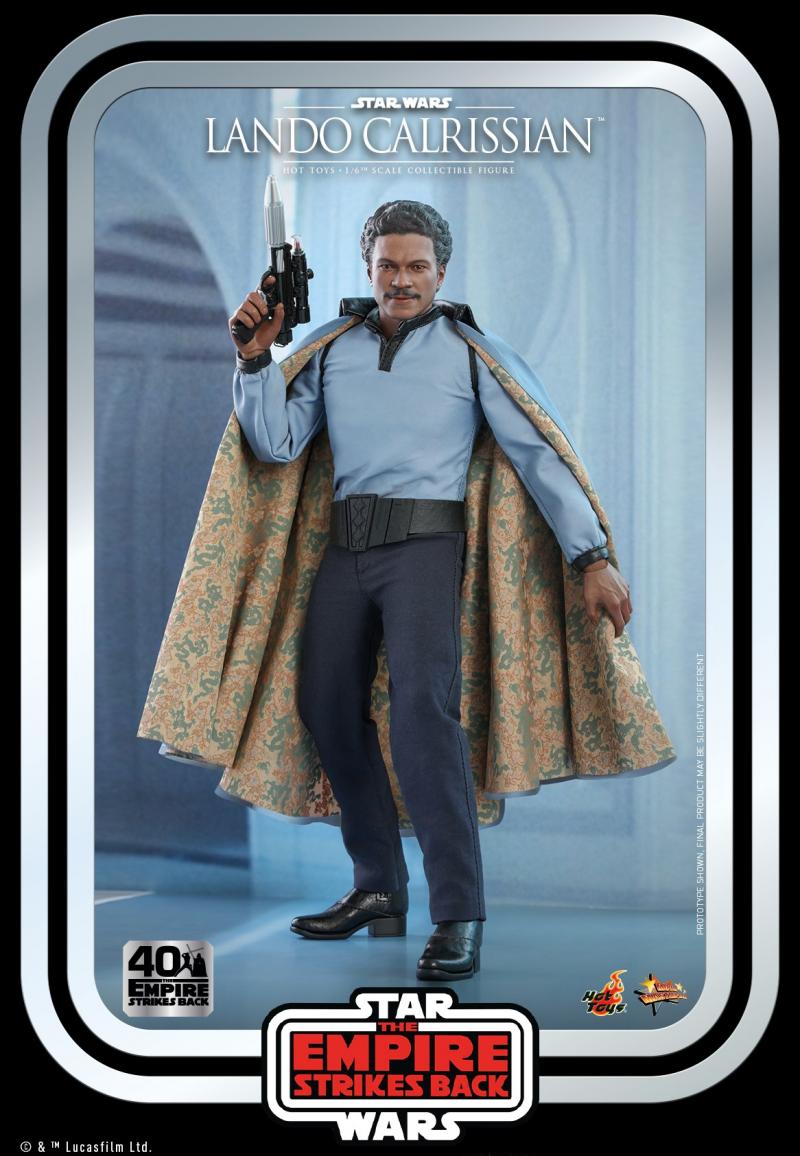 “Hello, what have we here?” – Lando Calrissian

In his youth, Lando CalrissianTM was a sportsman seeking a fortune at the sabacc tables. After he lost his beloved ship to Han Solo™, Lando spent years living the high life and pursuing get-rich-quick schemes, with uneven results. He went semi-respectable as the baron administrator of Cloud City, only to be drawn into the fight against the Galactic Empire.

Celebrating the 40th anniversary of Star Wars: The Empire Strikes Back, Hot Toys is thrilled to continue expanding the series of throwback collectibles based on this iconic film and delighted to officially introduce the new 1/6th scale collectible figure of many fans’ beloved smooth talker – Lando Calrissian!

The highly-accurate Lando Calrissian collectible figure is skillfully crafted based on his appearance in the movie featuring a newly developed head sculpt with astonishing likeness, meticulously tailored outfit and cape, two blasters, a communicator, a wrist link, a figure base with Cloud City backdrop all in a specially designed retro style packaging!

- Authentic and detailed likeness of Billy Dee Williams as Lando Calrissian in Star Wars: Episode V The Empire Strikes Back

- Body with over 30 points of articulations

- Six (6) pieces of interchangeable hands including:

- Each piece of head sculpt is specially hand-painted

- One (1) pair of black colored shoes

- One (1) cloud city themed backdrop attachable to the figure stand